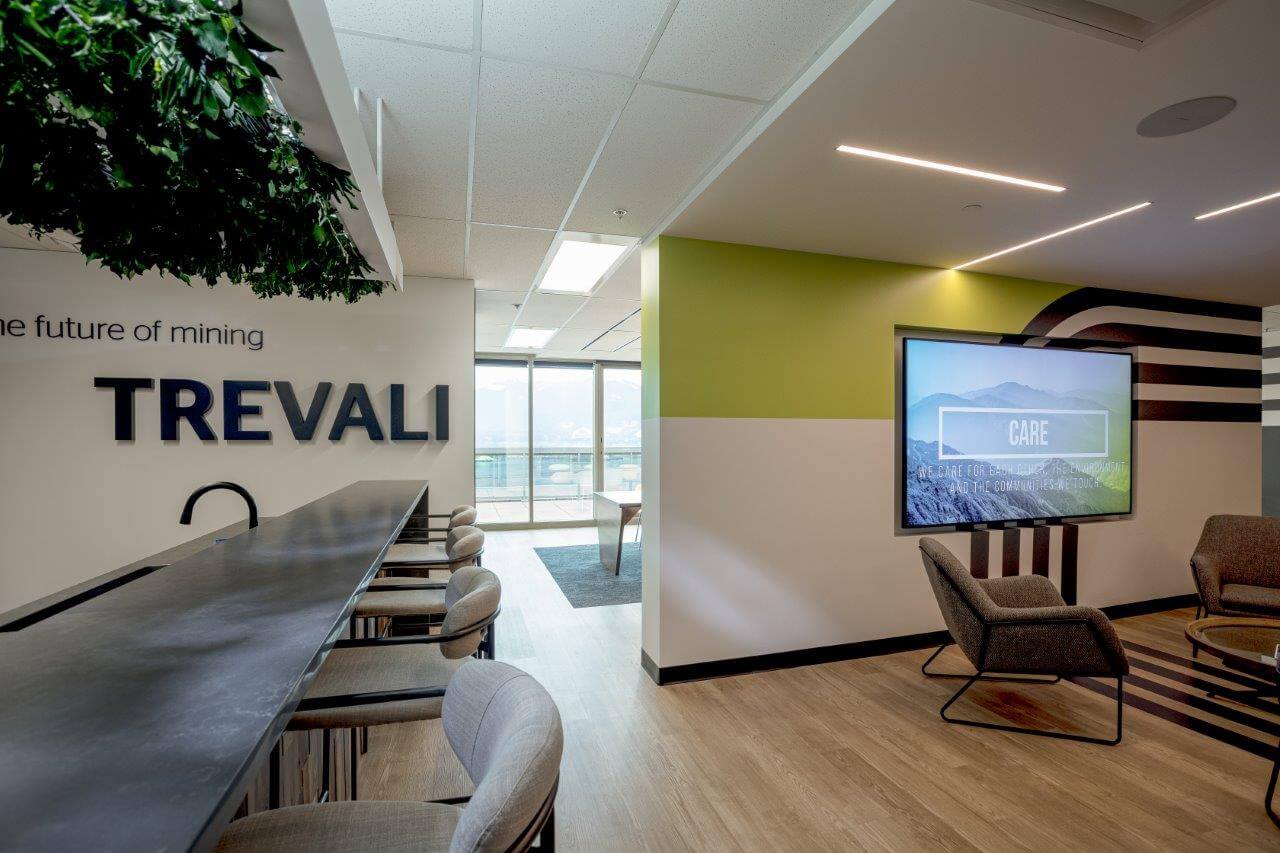 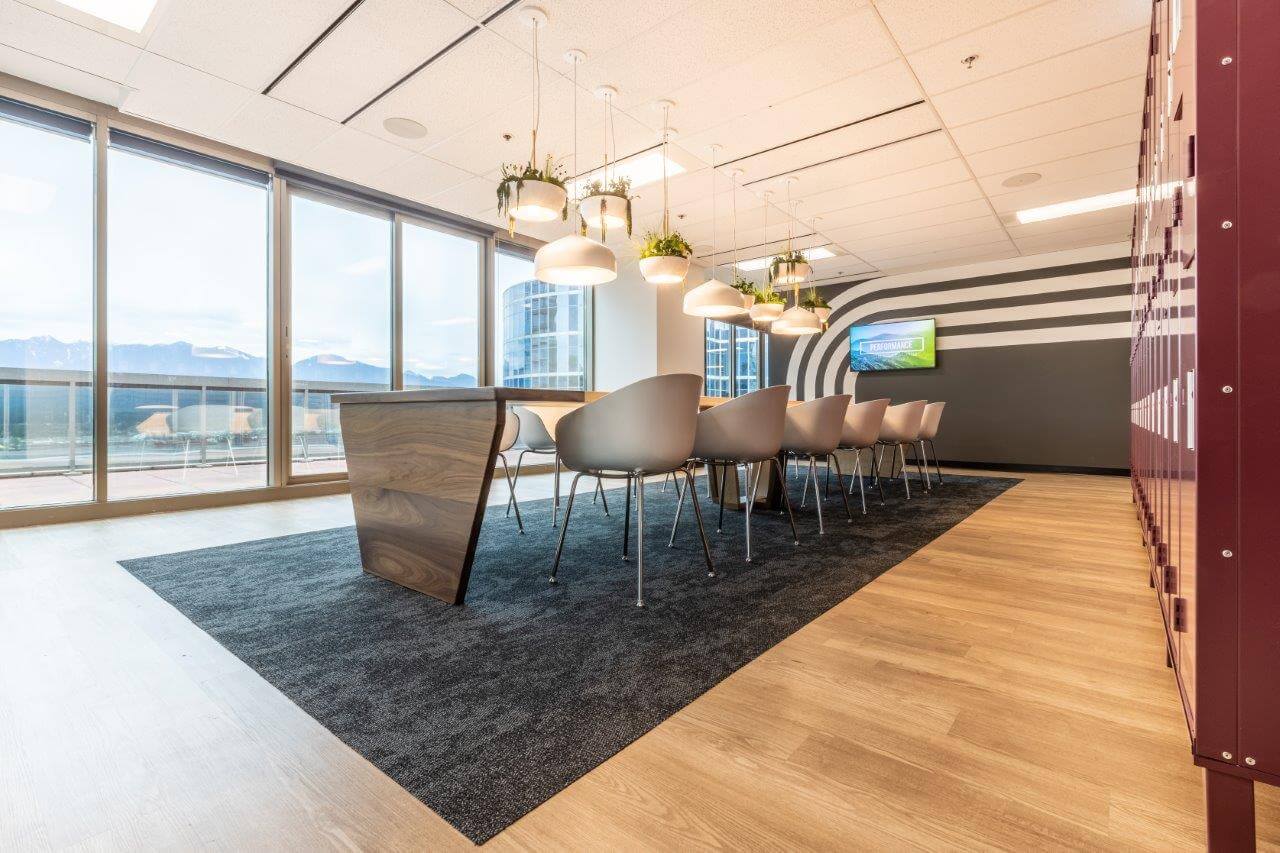 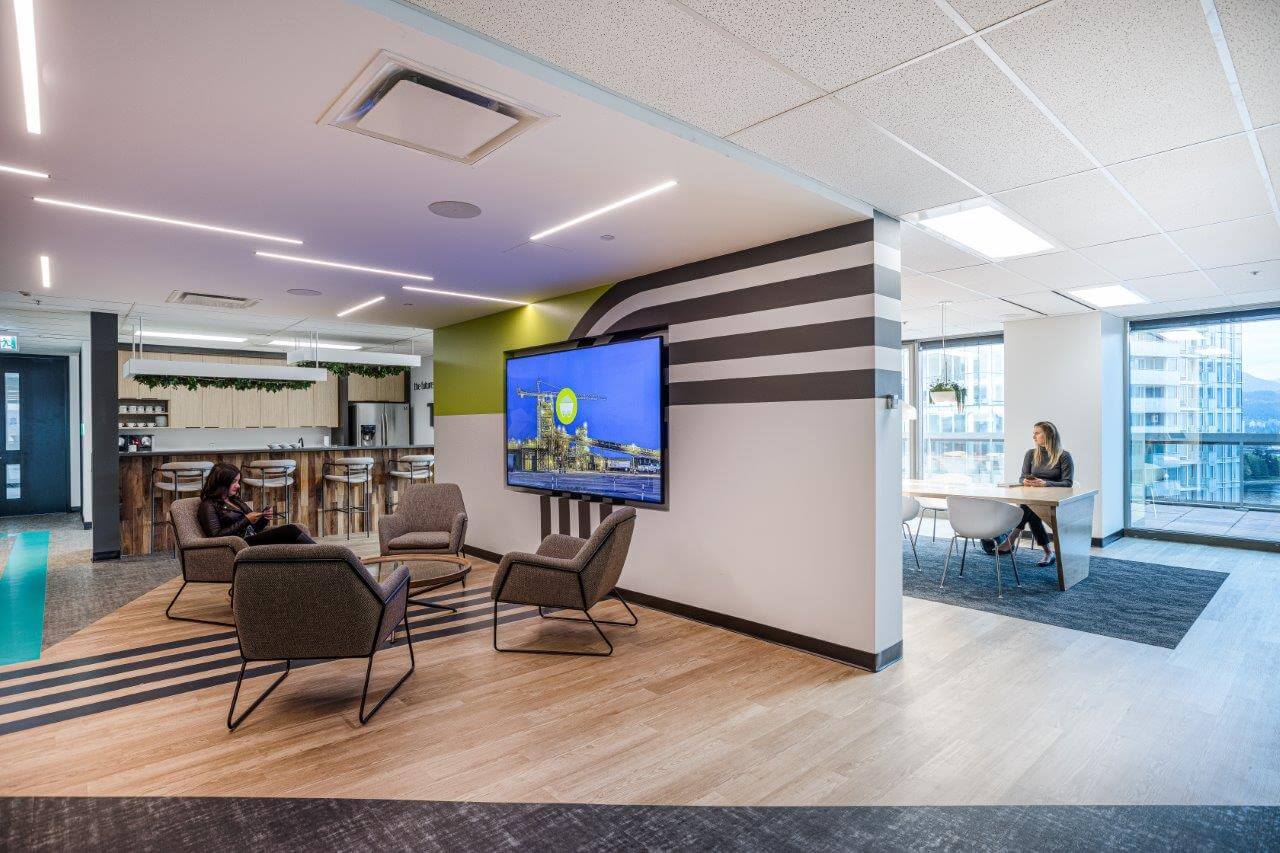 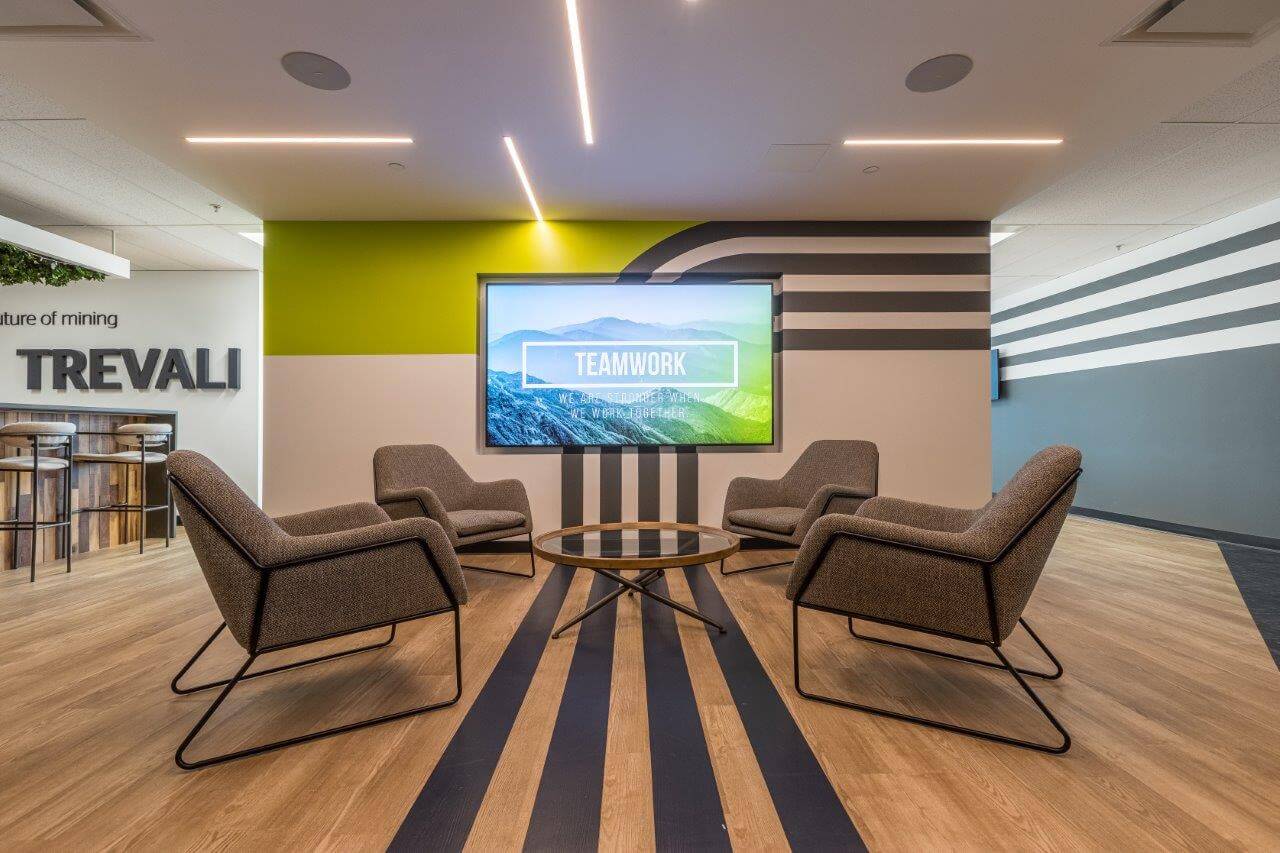 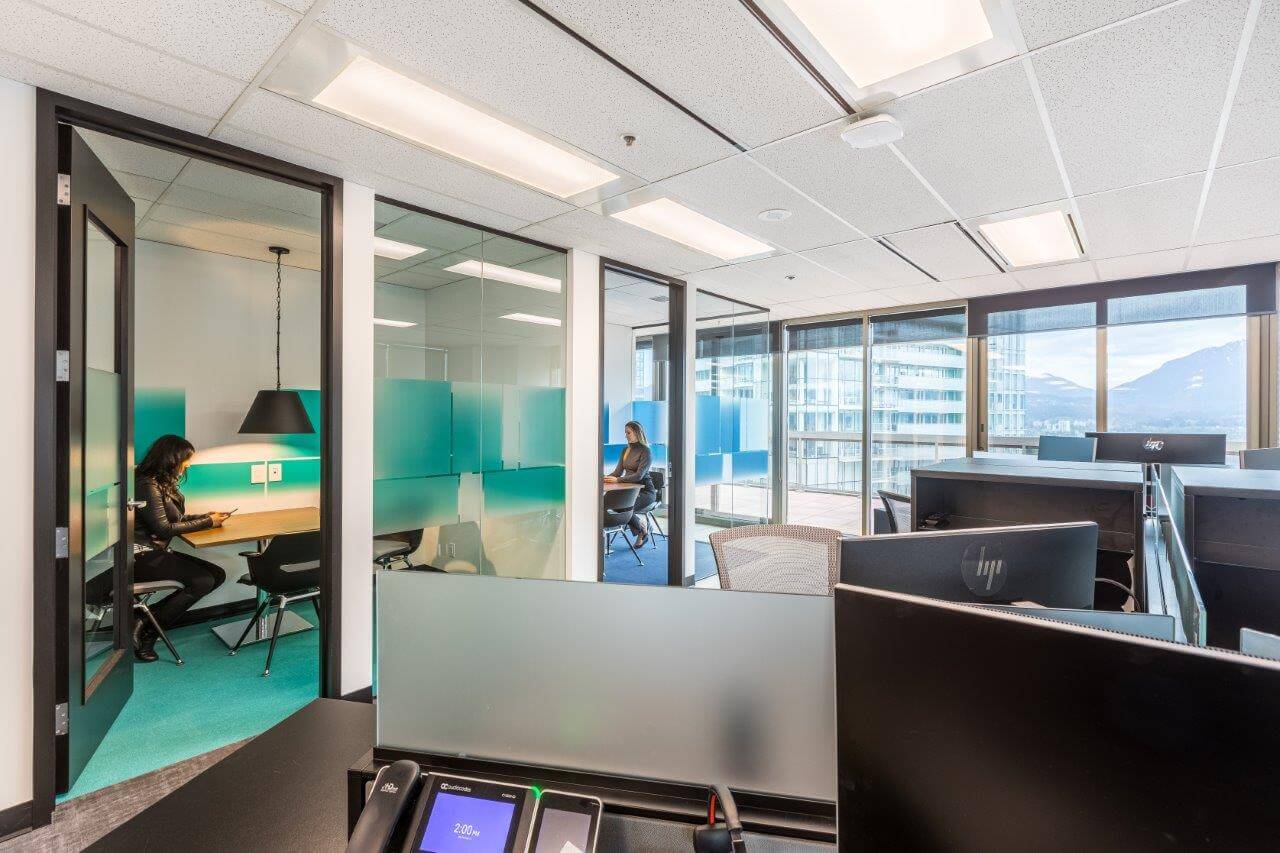 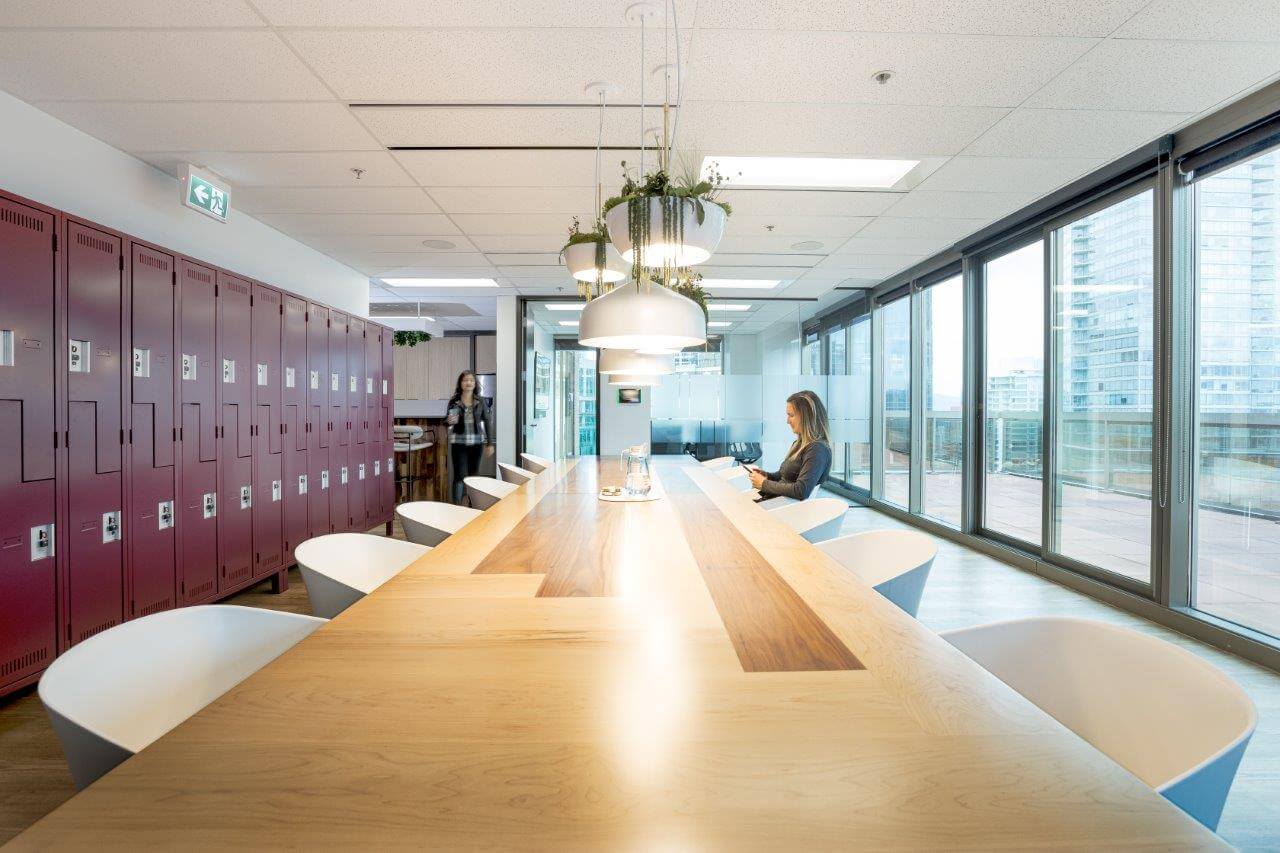 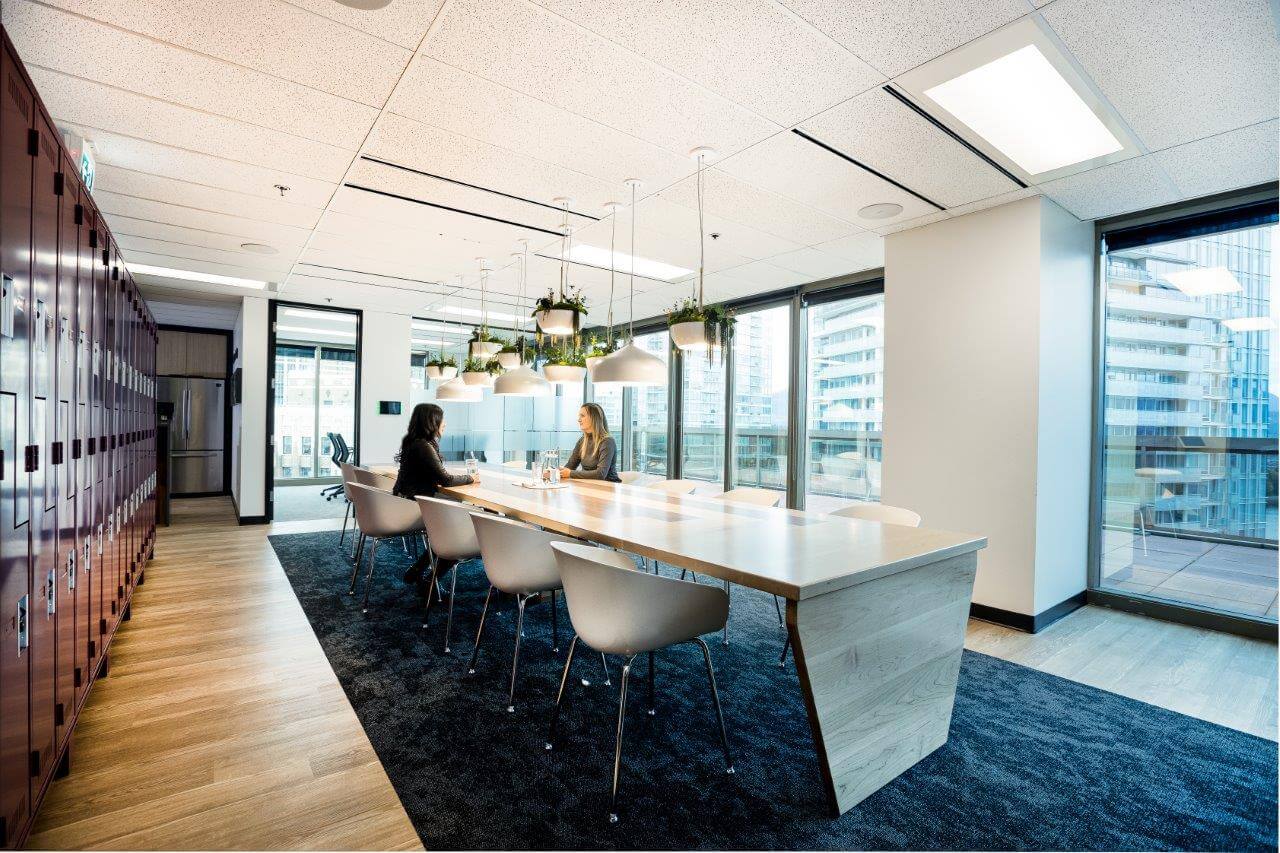 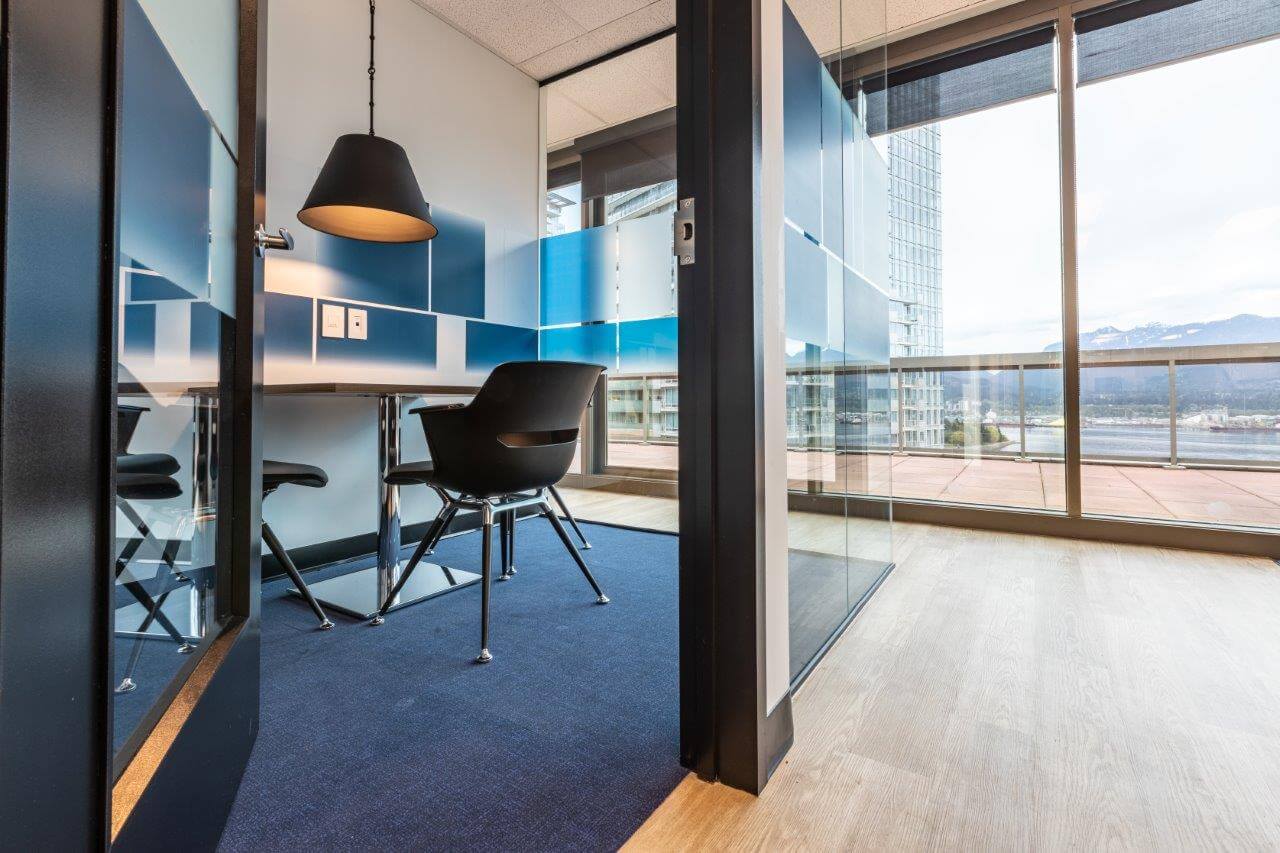 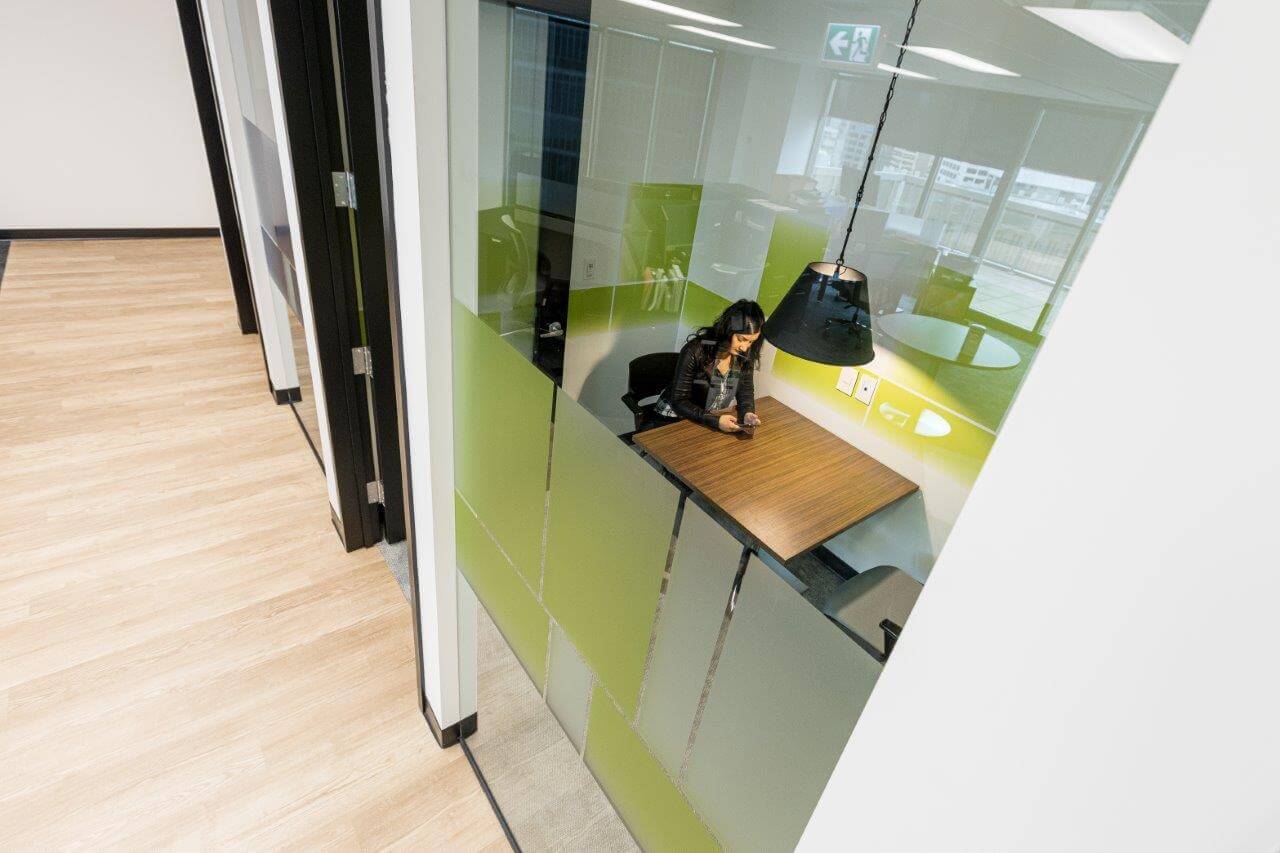 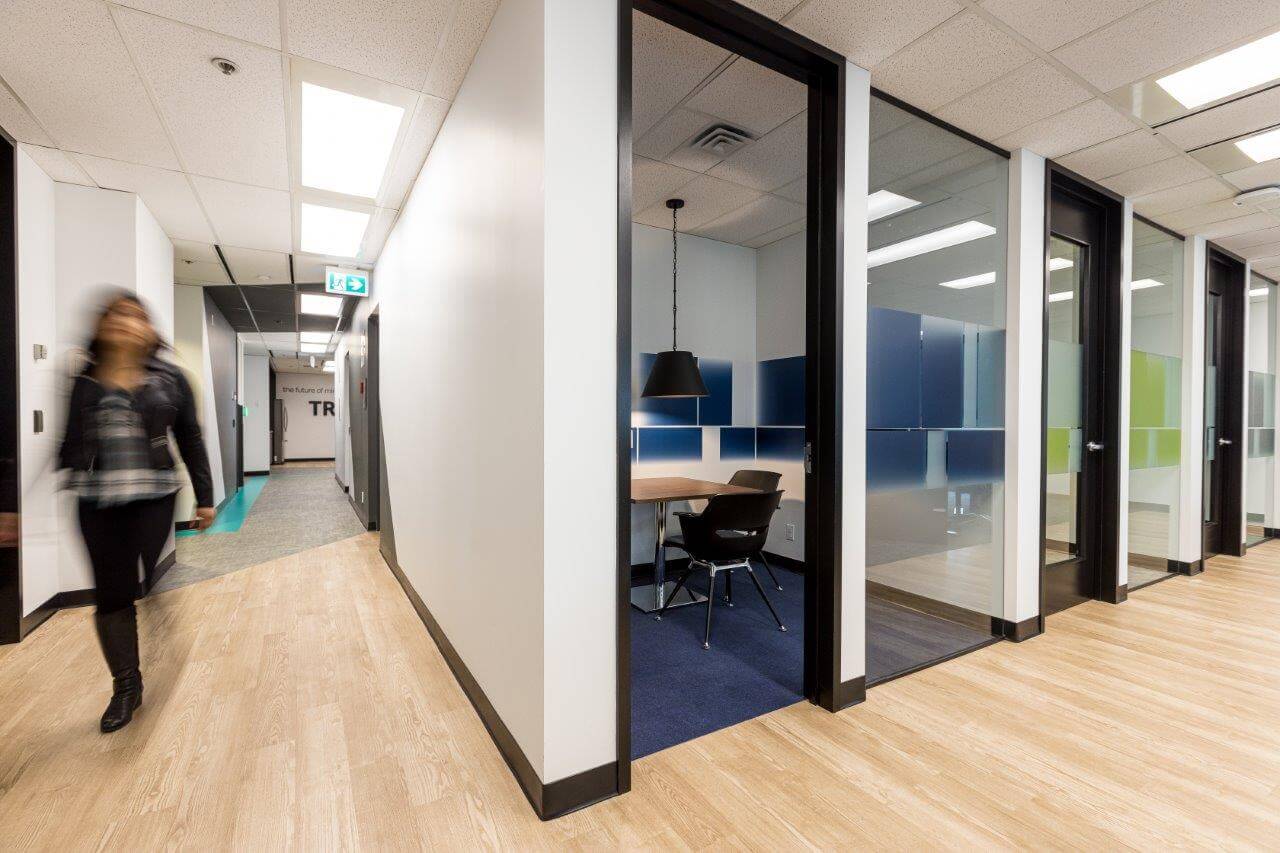 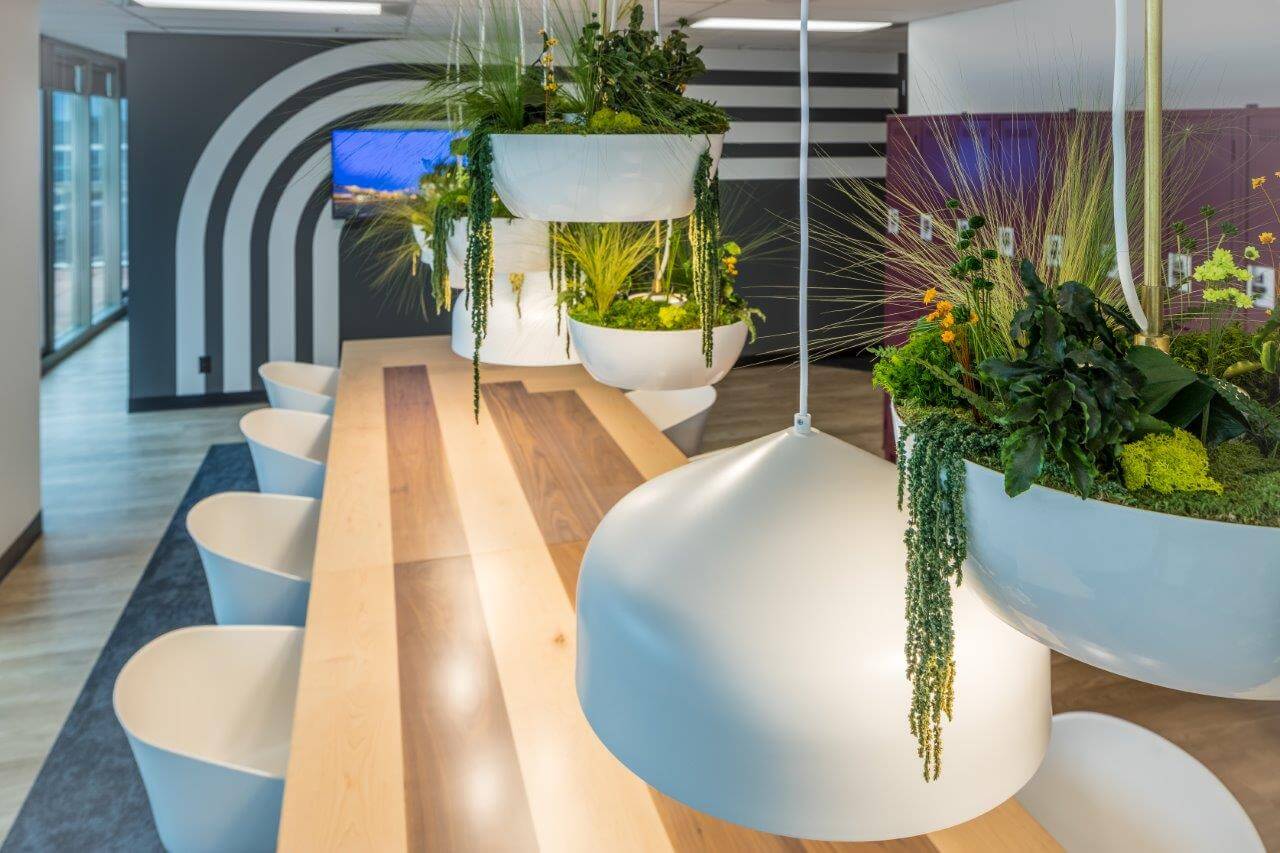 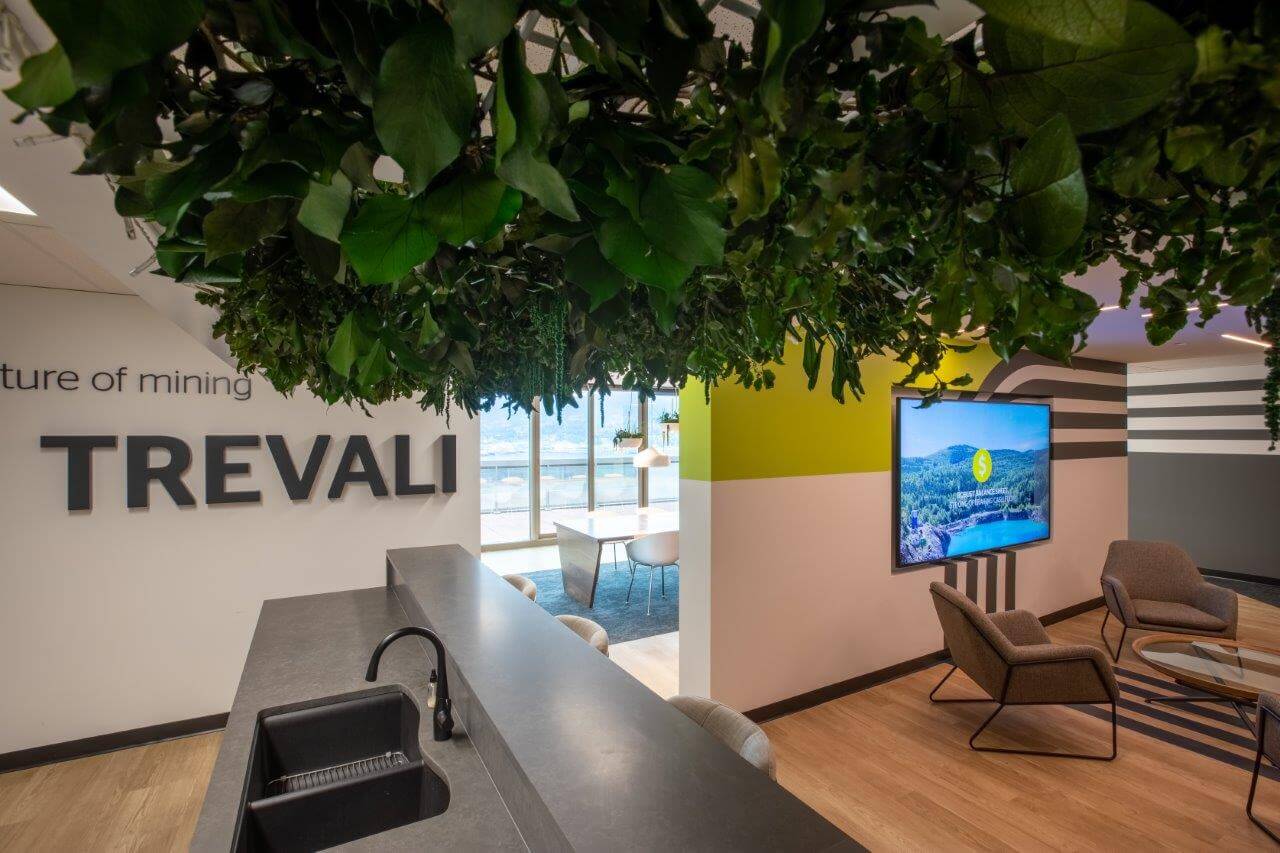 Ditching the traditional office layout to bring a teamwork-first culture to life.

Trevali’s office space largely contradicted the company’s value for teamwork and vision to be known as a thought leader in its industry. Its traditional office layout did not scream innovation, home to many private offices and lacking any areas that encouraged collaboration. The goal was to create a functional space that portrayed the company’s vision and culture.

Aura maximized every inch of office space by removing perimeter offices and transitioning all staff to workstations in the core. We added in phone booths, small meeting rooms and focus spaces and incorporated elements like hanging plant lights, graphics on the walls and floors, and a large 12-foot multipurpose table in the kitchen area.

Trevali’s office now better represents its interactive culture. With staff at all levels colliding in open and interactive spaces, the company is finally able to see its teamwork-driven culture in action while it works towards its goals.