Trevali is a global base-metals mining company, headquartered in Vancouver, Canada, with its base-metals mines in Peru, Burkina Faso and Namibia. Trevali’s purpose is to be the world’s best sustainable underground mining company and recognizes that sustainable development is of critical importance in today’s day and incorporates safety, social, community, environmental and economic considerations into daily business decision making.

Trevali’s pre-reno office space posed many contradictions between the company’s values and their physical space. Trevali’s top value is Teamwork, along with Respect, Performance and Care. However, there were not enough collaboration areas and open areas to host events and clients and there were private offices along the perimeter of the office- blocking sunlight to the core of the office space- where the majority of the staff worked. Moreover, Trevali wanted to display its diversity but knew their space required change to reflect the company’s vision. However, they needed guidance with change management to understand how the company could function in a completely new space that was contrary to what all employees were used to.

Trevali underwent downsizing and their main concern was how to downsize their physical space while accommodating comfortable and efficient workstations for the employees. It was important to not incorporate a benching style of working and even more important to have spaces for private calls, one on one meetings and event spaces.

The main goal of the project was “to become the thought leaders of the mining industry” and to showcase Trevali’s rebranding of the organization. Aura took this wholeheartedly and put all efforts into creating a space that portrayed Trevali’s brand, vision, goals, and mission, all while creating a fully functioning innovative space. Communicating with the client daily, Aura was able to follow the vision of the company and display the rebrand of Trevali in creative ways such as hanging plant lights as well as graphics on the walls and floors. A custom 12-foot wooden table was created from scratch alongside the client, which now sits in the large open kitchen area that serves many purposes: including a lunch space for staff, a space to host events, and a sit-down area for Trevali’s clients.

Adequate storage was accounted for, along with support spaces for staff members to go to including phone booths for private calls, and smaller meeting rooms to accommodate one on one meetings or focused tasks. Aura worked very closely with Trevali’s IT support, to ensure all technical requirements were met.

Guiding the client through change management and how to use their new innovative space, Aura brought Trevali’s culture to life in their space. By communicating well with the Trevali team and CEO, Aura’s Project Team was able to understand the vision and create a well-functioning space. Gone are the days where Trevali will pay for un-used square footage; Aura maximized every inch of the office space and each area now serves a purpose or function.

In the end, the Trevali team can now showcase and represent their event-oriented and interactive culture through their new open spaces where collaboration and socialization can thrive.

With the removal of the perimeter offices and all staff working on workstations in the core, the opportunities for all employees to collide are more possible than ever; allowing not only the chance to get to know each other better but to also learn from each other; whether it’s the junior staff to the executives or the other way around, the team can exhibit Care and Respect towards each other and their clients, while using Teamwork to Perform and meet company goals. 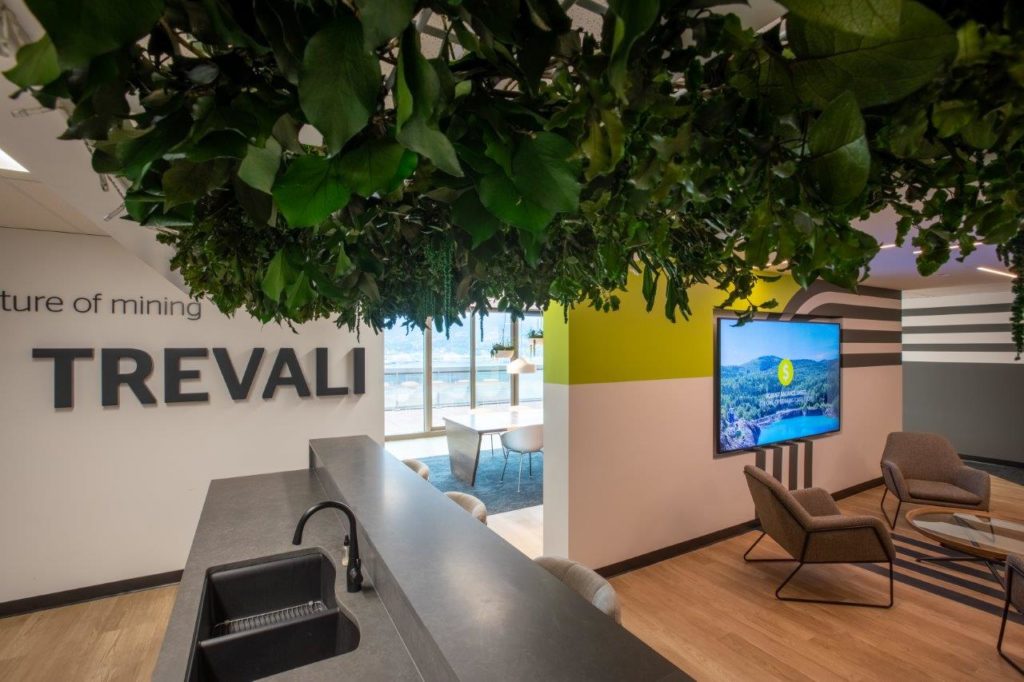 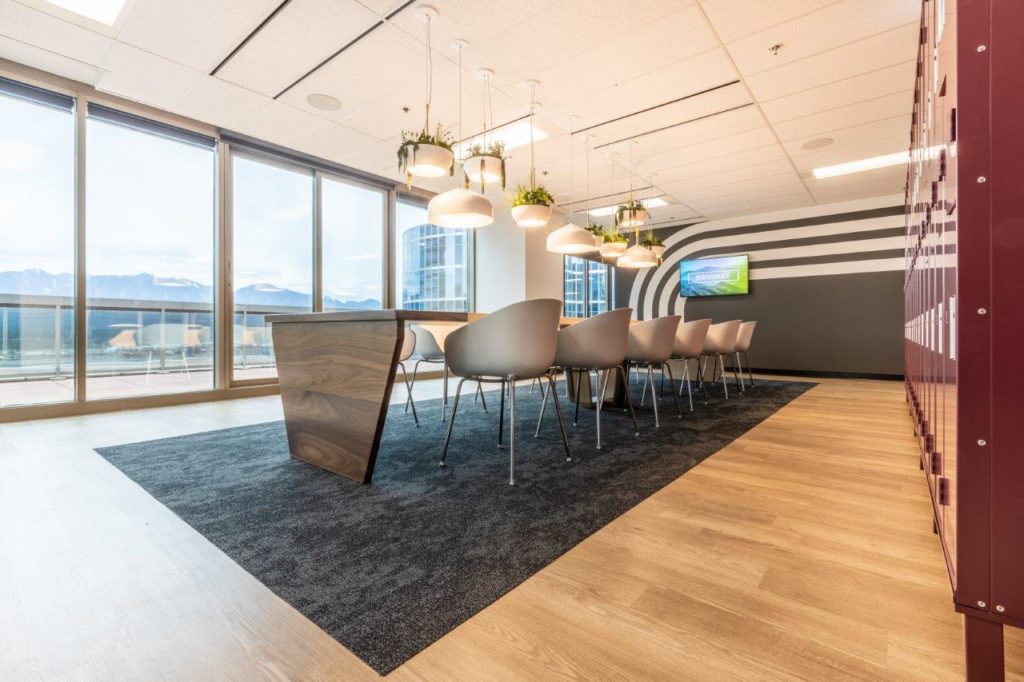 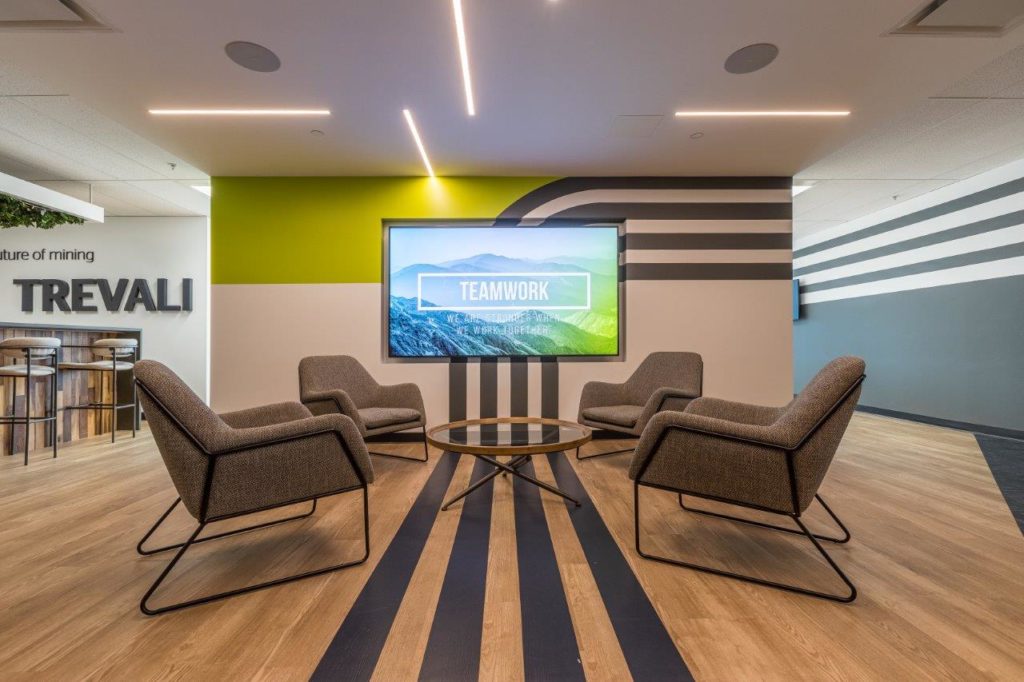 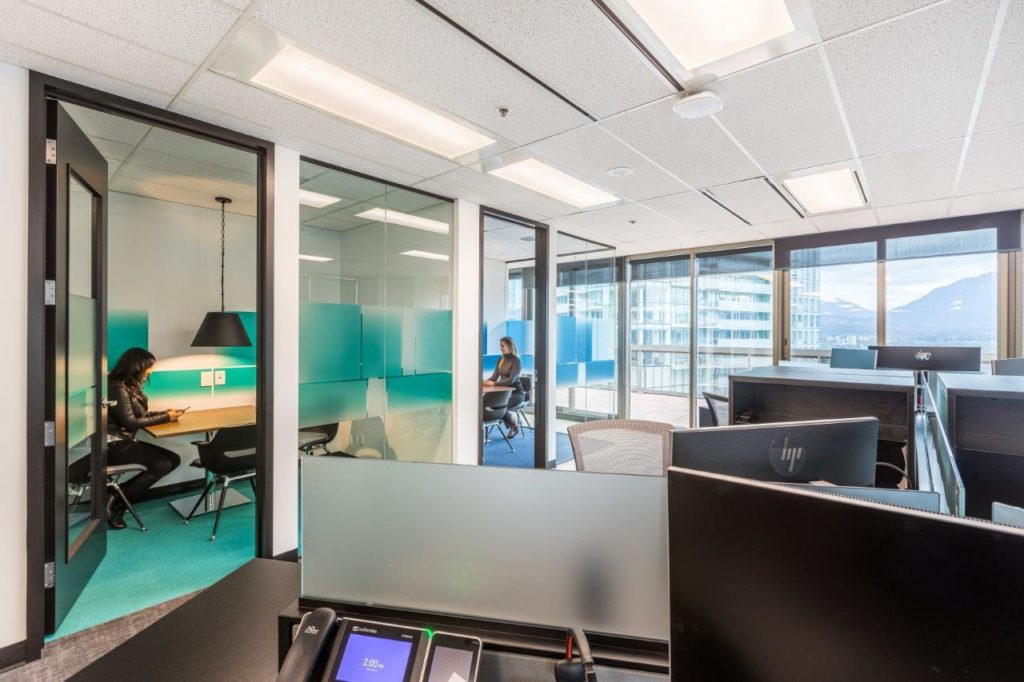 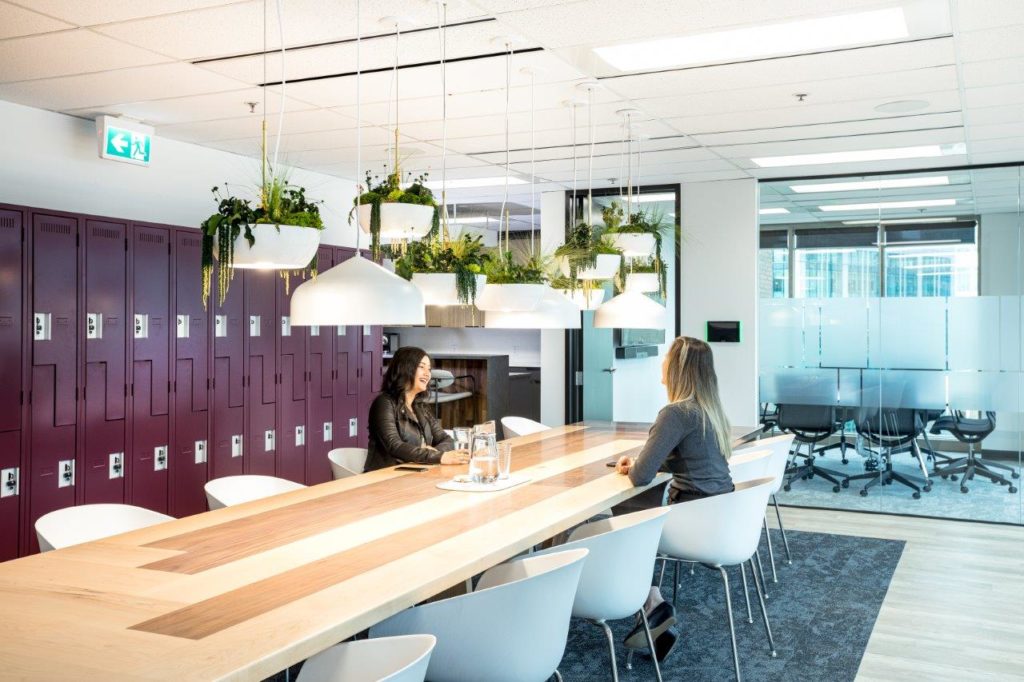 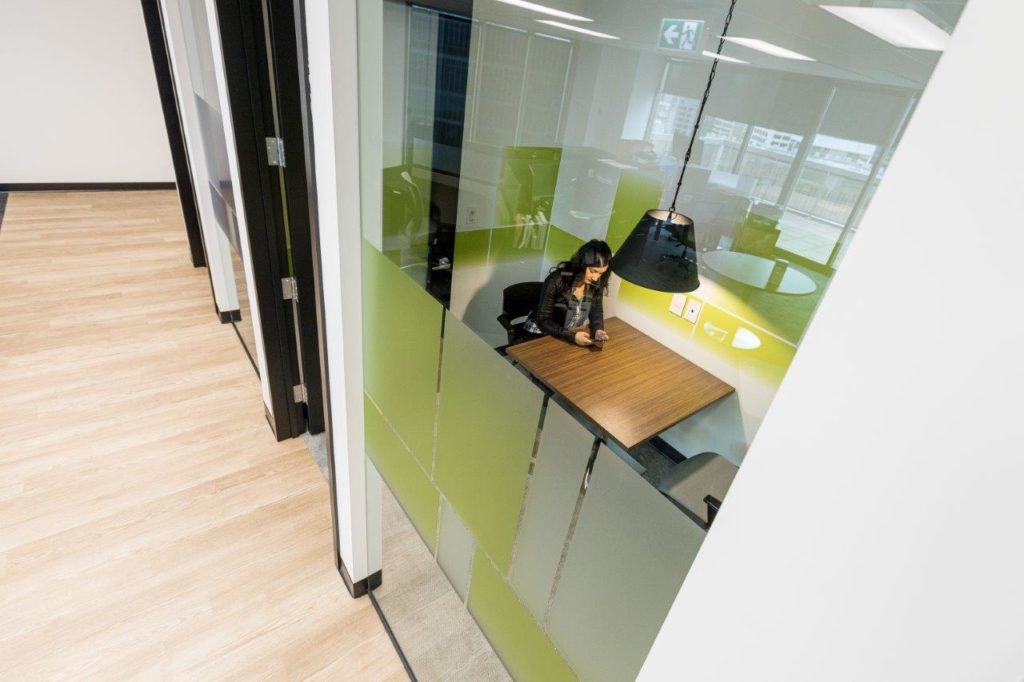 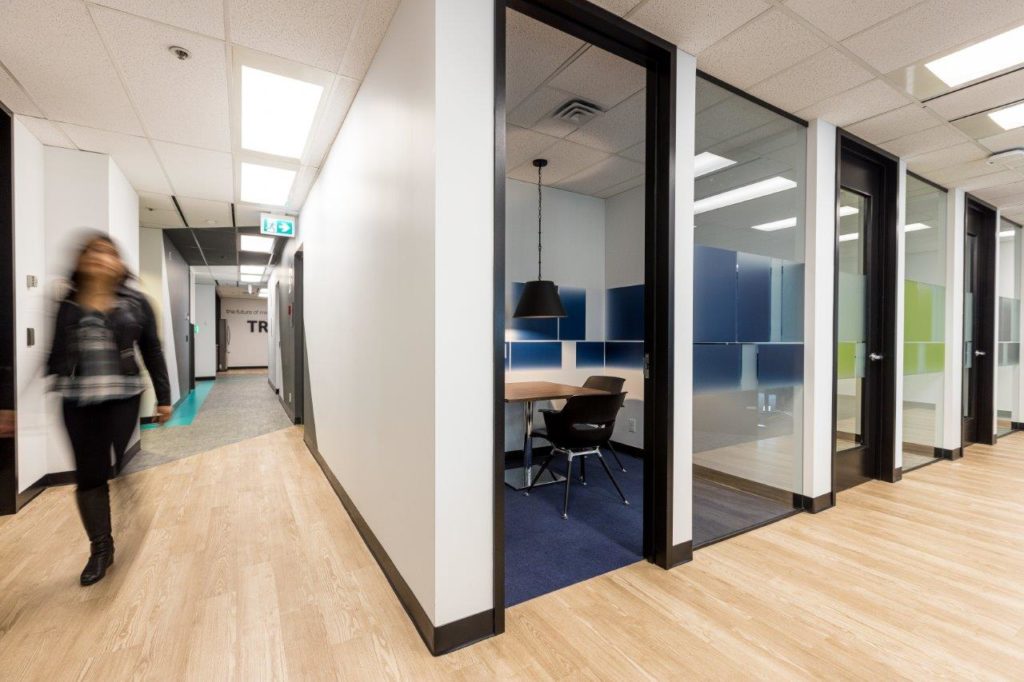 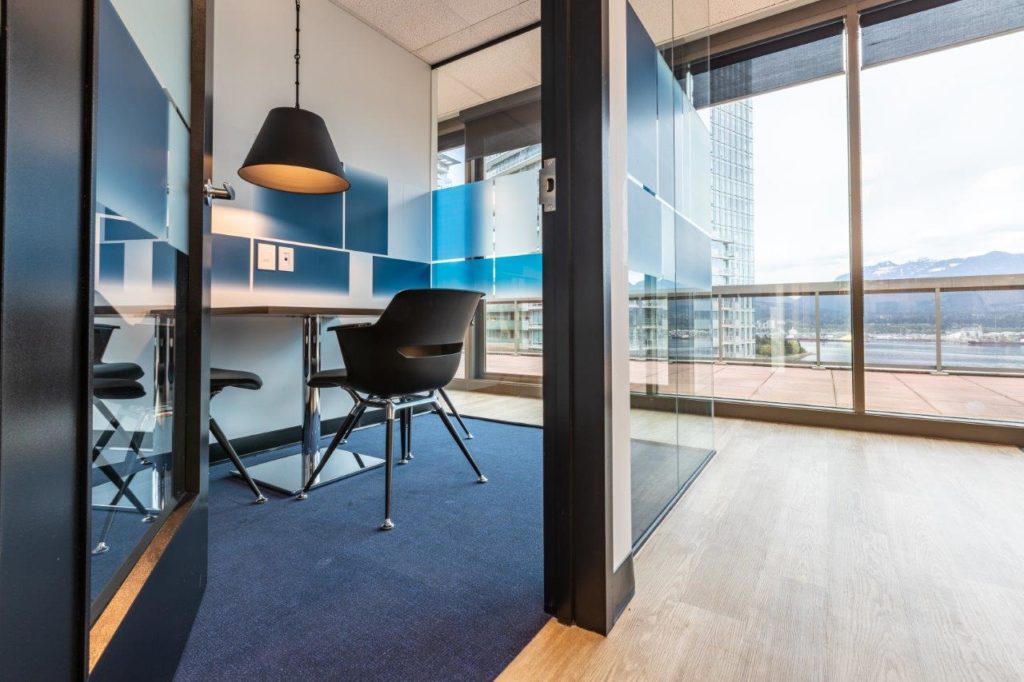